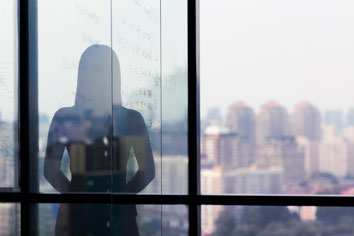 I SUSPECT MISCONDUCT. CAN I JUST SUSPEND THE EMPLOYEE?

WHAT IS THE PROCESS FOR SUSPENDING AN EMPLOYEE?

WHAT DO I DO AFTER SUSPENDING THE EMPLOYEE?

In cases of suspected misconduct, you should carry out your investigation promptly and keep the employee up-to-date about their suspension. You should contact any witnesses and document what they say and then review your decision to suspend regularly. It is possible that other employees or clients will ask where the suspended employee is. It is best not to disclose to anyone that the employee is suspended and it would be good for an employment relations perspective to agree with the employee about what you are going to say when someone asks where they are.

You should exercise caution and avoid saying anything to a third party that could be interpreted as you having already reached a conclusion about whether the employee is guilty.

DO I HAVE TO PAY THE EMPLOYEE?

Yes, your employee should be paid when they are suspended and also receive any benefits they are entitled to. It is possible that the employee’s contract will contain a term which gives you the right to suspend them without pay but this must be exercised reasonably and should be an exception. If you suspend an employee without pay, it is more likely that this will be perceived as a disciplinary sanction and if it is later found that the employee was not guilty of misconduct, the employee might claim for unlawful deduction of wages or breach of contract.

WHAT CAN GO WRONG?

There have been a number of cases relating to employees who have been suspended in circumstances where an employer did not have any evidence of any misconduct or where the suspension was handled unfairly. For example, you should not keep an employee suspended indefinitely and you shouldn’t suspend an employee without considering alternatives to suspension.

An employer should not act in a way that would damage the relationship of trust and confidence between an employer and an employee so the main worry for employers is that the suspension will be in breach of this. In addition, employers should also make sure that there is consistency when suspending employees. For example, if a male and female are involved in a case of misconduct together and one of the employees is suspended but the other isn’t, there could be an allegation of sex discrimination.

If you would like further advice about suspending an employee or if you have been suspended by your employer, please contact Shiv Raja at s.raja@rfblegal.co.uk.