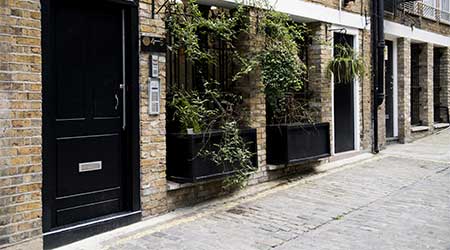 IR35 is legislation that specifically relates to the employment status of contractors, their relationship to clients, and taxation. From 6th April 2021, medium and large companies will be liable for determining the status of any contractors they engage with, this guide is intended to help distil the essential points of the legislation.

What is the background to IR35?

In a number of industries within the private sector it is common practice that an individual will set up a limited company through which they will provide their services, rather than be a direct employee or a worker of the company they provide work to.

These limited companies are commonly referred to as ‘Personal Service Companies’ (PSCs). The individual will usually be the sole or majority shareholder and they will be the only person that provides services on behalf of their limited company.

Generally, the PSC invoice the company they have provided work to, and once the company pays the PSC, the individual will then pay themselves. Currently common practice is that the majority of the payment will be made in the form of dividend payments and then a lower salary will be paid, which results in a lower rate of income tax being paid.

IR35 is tax legislation put into place to prevent tax being paid in this way. Often the reality of the situation is in fact that the individual with the PSC and the hiring company would have an employment relationship if the PSC was removed from the situation.

In turn the effect of this would also have a significant impact upon the employment law status of an individual.

A company engaging the PSC benefits from the fact that the individual is not employed directly and won’t have employment law rights (such as the right to not be unfairly dismissed, the right to redundancy pay and holiday pay, to name a few). They also won’t have to pay pension contributions and employer’s national insurance contributions, which can be a significant saving.

What is the effect of IR35?

If a contractual relationship is covered by IR35 then the individual with the PSC will be an employee for tax purposes. The effect is that the individual should be paid in the same manner as an employee, with income tax and national insurance contributions deducted. This is likely to mean that more tax is payable than the PSC is presently paying.

If an individual is paying tax as though they are not covered by IR35 (i.e. by dividend and low salary), and in fact they should be paying income tax on all earnings, then the missing tax and national insurance payments going back a period of 6 years can be recovered by HMRC. Interest and penalties may also be payable. There can therefore be a significant financial liability for working through a PSC, when the reality is that there would be a direct employment relationship without the PSC. There will also be implications on the employment law status of the individual which is discussed further below. However, if a contract is outside of IR35 then the individual will be deemed to genuinely be self-employed and they can pay tax in the form of dividends and lower salary payments. It is also likely that there will be no entitlement to any employment law rights as this would in essence amount to a contract between 2 companies.

Who assesses IR35 status and what are the liabilities relating to this?

From 6th April 2021 medium and large private sector companies will be responsible for confirming the IR35 status of the individuals they contract to work through PSCs. To be a medium or large company the hiring company will meet at least 2 of the following criteria:

These companies will also now be responsible for making the correct tax and national insurance deductions when making payments to the PSC. It is therefore paramount that medium and large businesses reasonably assess the tax status of the people working for them, to avoid exposure for demands from HMRC. Failure to do so may result in payment burden for under paid tax and national insurance contributions, notwithstanding the interest and potential penalty that accompanies the failure to comply with their new obligations.

How do you establish if your contractual relationship falls inside or outside of IR35?

There are a number of factors to consider as to whether someone falls inside or outside of IR35.

One of the most important determinants of IR35 status revolves around the extent to which a client controls where, when and how an individual performs his work. In most cases where professional services are provided, it is important that a contractor can demonstrate a certain amount of autonomy in the way they undertake a project. Employees are typically under the direct supervision and control of their employers, however the truly self-employed will have more influence over how they complete the work they have been hired to do.

The right to provide a substitute in a contractual agreement has long been deemed to be an important factor when demonstrating that a contract assignment falls outside the scope of IR35. An employee provides his/her personal services to an employer, whereas a business would provide its services to a client, rather than the exclusive services of an individual. As a result, all professionally drawn-up ‘IR35 friendly’ contracts will include a substitution clause.

A mutuality of obligation exists when an employer expects a worker to undertake work when asked to do so, and the worker expects to be given work on a constant basis. For self-employed people, they would expect a client to hire them to undertake a specific task, with no expectation of further work being provided after the initial task expires.

What does this mean for an individual’s status in employment law?

Just because a person is covered by IR35 doesn’t necessarily mean that they are an employee under employment law rules. An individual with a PSC can be:

The rights which attract to the level of employment status differ.

Who will be classified an employee?

An employee is an individual who works under a contract of employment. This is a contract of service or apprenticeship. It can be in writing or a verbal agreement, but it can also be implied by the manner of a relationship. Extensive case law has determined that for an employment contract to exist there must be 4 minimum elements:

There are other factors which are also accounted for such as who provides the tools and equipment, how payment is made (i.e. by invoice or through payroll), the tax and national insurance status of the relationship and who would profit or be at risk of loss.

What employment law rights do employees have?

An employee has the right to a full range of employment law claims, including the ability to claim unfair dismissal and redundancy pay after they accrue 2 years’ continuous service. They would also be able to claim unlawful deductions from wages, holiday pay, discrimination, flexible working and rights covered under TUPE.

Who would be classified as a worker?

An individual is likely to be classified as a worker if they have a contract (again this can be verbal or written) to carry out work personally and the other party (the potential employer) is not a client or customer of the individual’s company or business.

It is important to note that a worker cannot send a substitute to carry out their work. In cases of bogus self-employment, contracts often state that a substitute can be sent to work instead of the individual when this is not actually the case.

What employment law rights do workers have?

Workers do not have the right to claim unfair dismissal or redundancy pay. They cannot make an application for flexible working and generally have more limited rights than employees.

They do however have the right to claim unlawful deductions from their wages, to be paid the national minimum wage and holiday pay. They can also claim discrimination and do have whistleblowing protections.

If someone is found to be a worker by a Tribunal and they have not been taking or paid holiday because they have not been permitted the right, then the worker would have an entitlement to request to take all of the holiday they are owed from their employer. The worker would have accrued a right to 4 weeks’ holiday per year pro rata and they would be owed holidays going back to the start of the working relationship.

A worker would only be entitled to payment instead of the untaken holiday if the working relationship is brought to an end, but if a worker has worked for a company for a number of years then there could potentially be a significant liability. For example if a worker has been engaged for 7 years but never taken paid holidays then they could be owed as many as 120 days’ holiday if they work 5 days per week.

Who will be self-employed?

Where the parties view their relationship of that of customer and/or client and the individual is in business of their own accord they are not likely to be deemed an employee or worker.

A self-employed individual will be responsible for the success or failure of their business which is not the case is they work for another company. They will also usually be responsible for providing their own tools and equipment to complete a job.

What employment law rights to self-employed individuals have?

If an individual is self-employed they will not be entitled to employment law protections and they will not have claims in the Employment Tribunal. Any dispute between the parties to the contract is therefore likely to be breach of contract claims under the jurisdiction of the civil courts.

In short, an individual with a PSC who is genuinely self-employed is quite likely to fall outside of IR35 and they are unlikely to have rights under employment law.

However, if an individual with a PSC falls inside IR35 they are likely to be deemed to be a worker or an employee under employment law and for all types of business there would be potential liability for holidays which have not been permitted to be taken.

For medium and large businesses there is also the potential that they could be liable for the payment of underpaid tax and national insurance payments, alongside interest and penalties if they don’t take reasonable care when assessing the IR35 status of individuals working for them from 6th April 2021.

If you require advice around the employment status of an individual or PSC, then please contact Gerard Airey by email at g.airey@rfblegal.co.uk or by phone on 0207 613 7135.