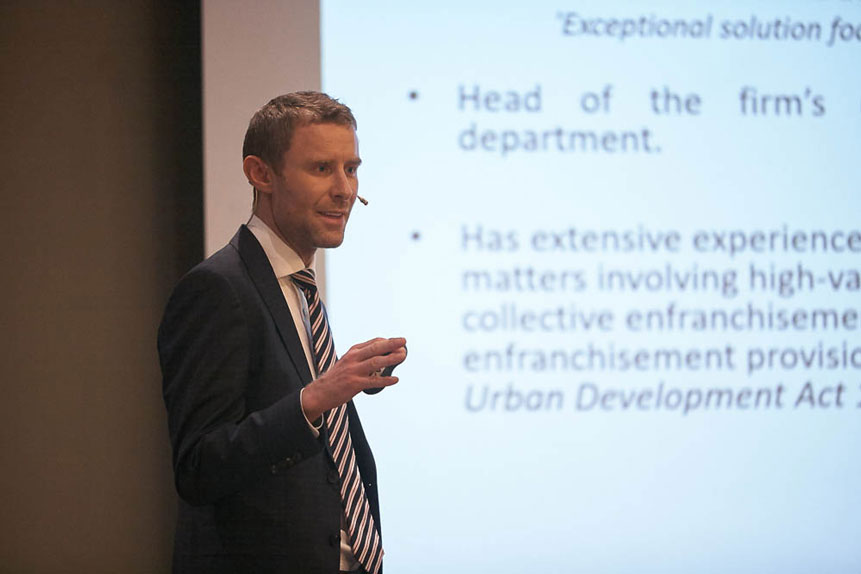 The recent case of Alford House Freehold Ltd v Grosvenor (Mayfair) Estate [2018] EWHC 3430 provides an interesting example of the procedural and substantive issues that can arise in a claim for collective enfranchisement.

This case concerned a collective enfranchisement claim by a group of tenants relating to a high value block of flats on Park Lane and it highlights the crucial importance for tenants of complying with all the technical requirements of the legislation when making a claim.

The Claimant was the nominee purchaser, appointed by a number of participating tenants to acquire the freehold of a building on their behalf.

Works had been carried out to extend and redevelop the sixth and seventh floors of the building to create 2 flats on each floor. The flats on the sixth and seventh floors had not been fitted out internally by the date the participating tenants gave notice to acquire the freehold. The flats had been constructed to shell finishes but had no services and were uninhabitable.

There were several issues argued in the case but the principal issue in dispute between the parties was whether, at the date the participating tenants gave notice to acquire the freehold under Part 1 Chapter 1 of Leasehold Reform, Housing and Urban Development Act 1993(‘the Act’), the building contained 26 or 30 residential flats.

Section 101(1) of the Act defines a “flat” as a separate set of premises (whether or not on the same floor) (a) which forms part of a building, and (b) which is constructed or adapted for use for the purposes of a dwelling, and (c) either the whole or a material part of which lies above or below some other part of the building. “Dwelling” is defined as: “any building or part of a building occupied or intended to be occupied as a separate dwelling”.

Mr Justice Fancourt held that once there is a separate set of premises, which is constructed for the purpose of being used as a dwelling, it is a “flat” even though it has not yet been fitted out so as to be capable of being lived in and therefore that each of the four new sets of premises constituted "flats" for the purposes of section 101 of the Act on the relevant date, meaning that there had been 30 flats in the building.

Mr Justice Fancourt therefore held that the initial notice was invalid because it did include details of the qualifying tenants of some of the flats as required by section 13 of the Act. The second notice was held to have been deemed withdrawn on the basis that no application had been made to court relating to that notice within a period of 2 months from the date the counter notices were served.

Furthermore, Mr Justice Fancourt held that even if the second notice was deemed withdrawn, it was not signed on behalf of the requisite number of 15 qualifying tenants because;

(i) One of the qualifying tenants, (Leclipse Asset Corp – a company incorporated in the British Virgin Islands with three Panamanian corporate directors) had not validly authorised the solicitor to sign the notice.

(ii) Three of the participating tenants were not qualifying tenants.

The case serves a useful reminder of all the technical and substantive issues that can arise in a collective enfranchisement claim and it demonstrates the importance for tenants of ensuring that all aspects are the legislation are carefully complied with when bringing such a claim.

The judgment can be read here

David Burns is a Partner and Head of the firm’s Enfranchisement and Lease Extension team. He can be contacted on his direct dial 0207 467 5751 and d.burns@rfblegal.co.uk

David Burns is a Partner and Head of the firm’s Enfranchisement and Lease Extension team. He can be contacted on his direct dial 0207 467 5751 and d.burns@rfblegal.co.uk.